In this post we recap some key market research in Buffalo, NY. Drive Research is a market research firm in Buffalo which works with companies and organizations across Upstate New York to gather both primary and secondary research to answer key business questions. Our market research Buffalo services span from surveys, focus groups, phone interviews, Voice of Customer (VoC), and Customer Experience (CX). For a full list of market research services offered in Buffalo, read more here.

The statistics below are secondary research and data points for the Buffalo region of Western NY. This data comes from a proprietary in-house data system available to clients of our market research firm. When this secondary data is paired with primary market research (surveys or focus groups) it creates a comprehensive view of your customers or market.

Our team uses this Buffalo market research data for many of our feasibility studies. Feasibility studies are a type of market research designed to estimate the appeal and demand of a new product, service, location, or business proposition. The market analysis component relies heavily on secondary research. However, the study combines phone interviews and surveys to provide a complete review of the proposition for the client. 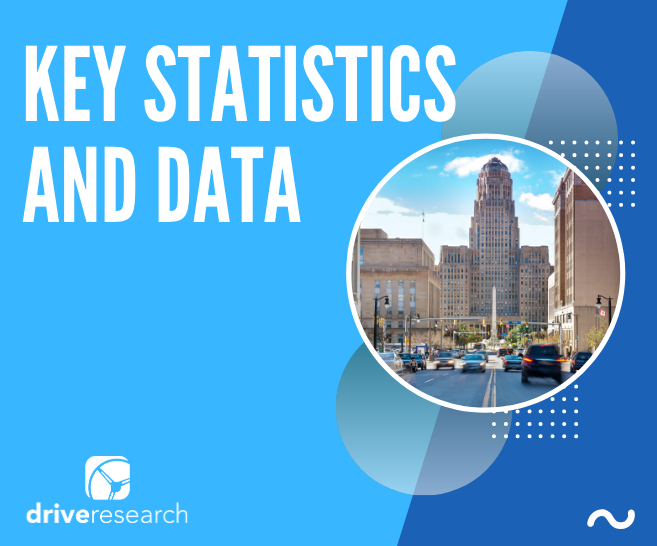 The male and female population in Buffalo has remained incredibly steady over the past 17 years. Bother genders hover between 48% and 52% with a 49% male and 51% female split in 2016. This is not expected to change by 2021.

The data and statistics in this article highlights market research for Buffalo, NY.

When reviewing highest level of educational attainment in Buffalo in 2016, 32.8% are a high school graduate. Another 18.4% had some college classes but did not earn a degree. Nearly 12% obtained an Associate's degree. A total of 15% earned at Bachelor's degree. Finally, 11.5% obtained a Graduate degree.

The Dominant MOSAIC Group for this geography is Group Group J Autumn Years. The number of Households from this Group is 260,501, which is approximately 41% of the total households.

The Autumn Years MOSAIC group is mature couples retired in a home where they have lived most of their life. Most are over the age of 65. The majority have grown children, many with grandchildren. Because they are mostly middle or low class, many have decided to stay in their home instead of moving to retirement communities. This group makes up a total of 5.64% of U.S. households.

This MOSAIC group is not digitally savvy and very rarely access the internet or digital services. For those who do go online it is usually for banking, playing games, checking the weather, or checking lottery sites.

Looking for more market research in Buffalo, NY? Drive Research is market research firm available to answer your questions. Contact us at 315-303-2040 or email us at info@driveresearch.com.

In addition to market data, we are a market research firm offering primary methodologies such as surveys, focus gruoups, and phone interviews.