Below is secondary market research about Syracuse, NY and the surrounding Central New York area of Upstate New York. This type of secondary research can be further customized based on the needs of a market research study. Wondering how we compile this data? It’s from a proprietary in-house data system available to clients of our market research company.

Looking for examples of how this data was used in past projects? Check out recent feasibility case studies for condos and land use in Upstate New York. Both of these feasibility projects tested the success of a possible idea and used this type of secondary research. 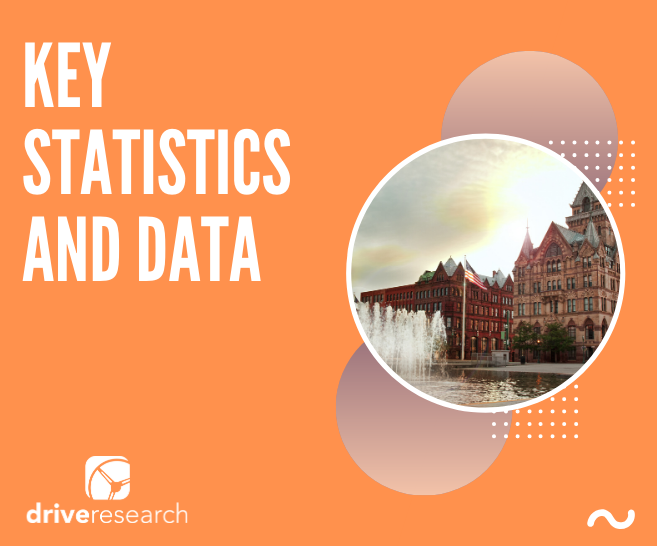 Learn about some key statistics and market research data in Syracuse, NY below.

Those in the Autumn Years group are typically described as mature, retired couples that have spent most of their lives in the same house. The majority are older than 65, married, and feel strong ties to their community. They are less likely to use digital media and internet at home or work. When they do use the internet, it’s typically for information regarding weather, lottery drawings, banking, and gaming.

Blue Sky Boomers are empty-nesters (couples or singles) who settled down in small towns and are gearing up for retirement. Most in this segment are between the ages of 50 and 65, are high school educated, and are among the working class. These individuals use the internet as their personal source for information and often search for subject matters of interest.

Drive Research is a market research company in Syracuse, NY serving customers locally and around the world. We deliver custom research services in several different industries, market areas, and areas of focus.

Have a question? We get you answers from those who matter most.