Want to test a new product, concept, or service?

While these two tests sound similar, there is an important difference that stems from whether one new product or concept is shown vs. multiple. 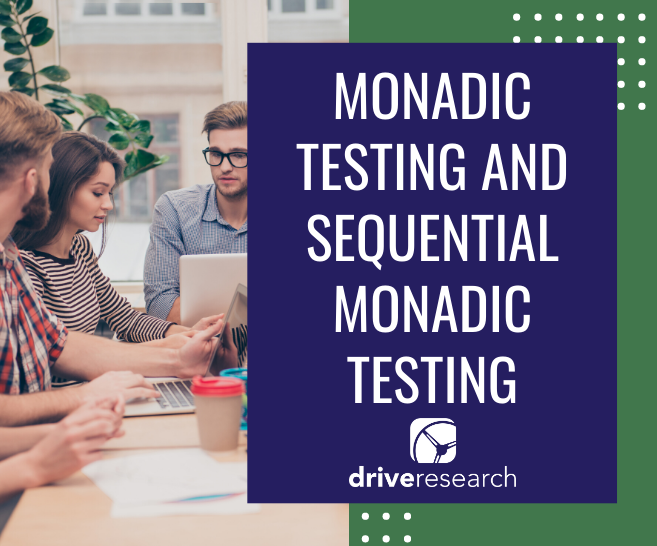 What is monadic testing in market research?

For a name that seems complicated, monadic testing is pretty simple. It means market research participants are only shown one new product, concept, or service idea at a time.

The engineering team then decided their research methodology of choice would be an online survey.

One option would be to field an online survey of 300 respondents. The survey would ask questions regarding the current concept, concept A, and concept B.

However, when using monadic testing each concept is tested individually.

Continuing with this example, the study is fielded to 300 respondents.

This is how a monadic test in market research would be set up:

Each of the surveys would ask essentially the same questions, except for the concept shown. The idea is to test appeal, price, and collect feedback on each concept independently.

The goal is to use the data gathered to decide which concept to move forward with.

What is sequential monadic testing in market research?

Again, suppose we are testing the original concept against two new concepts. This study would randomly show each of the concepts to participants.

If a study was fielding a survey to 300 participants, this is how a sequential monadic test would be set up:

The idea again is to test appeal, price, and collect feedback on all of the concepts. Still, the goal of this study is to use the data to decide which concept to move forward with.

What are some of the advantages and disadvantages?

An advantage of using monadic testing is that participants only see one concept. This eliminates bias or preferences made based on awareness of the other concepts being tested.

However, making participants aware of each concept and testing their preferences can also be a pro to sequential monadic testing.

In some cases, it may be better for an organization to test all concepts in a randomized order.

Ultimately, the decision comes down to the type of product, concept, or service being tested as well as the goals and objectives of the research.

A market research company, like Drive Research, will be able to guide you through making the right decisions throughout the process.

Drive Research is a market research company located in Upstate New York. Our team assists businesses across the country with both quantitative and qualitative research studies. 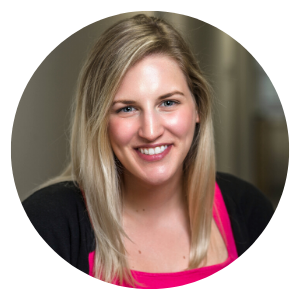 As a Senior Research Analyst, Emily is approaching a decade of experience in the market research industry and loves to challenge the status quo. She is a certified VoC professional with a passion for storytelling.