The Syracuse Small Office Home Office (SOHO) show is an annual event held in Syracuse, NY. It attracts exhibitors and attendees who work for a variety of businesses and organizations in Central New York (CNY). The 2017 event was held at the OnCenter in Downtown Syracuse on May 17. The event lasted from 9:00 a.m. to 5:00 p.m. ET. 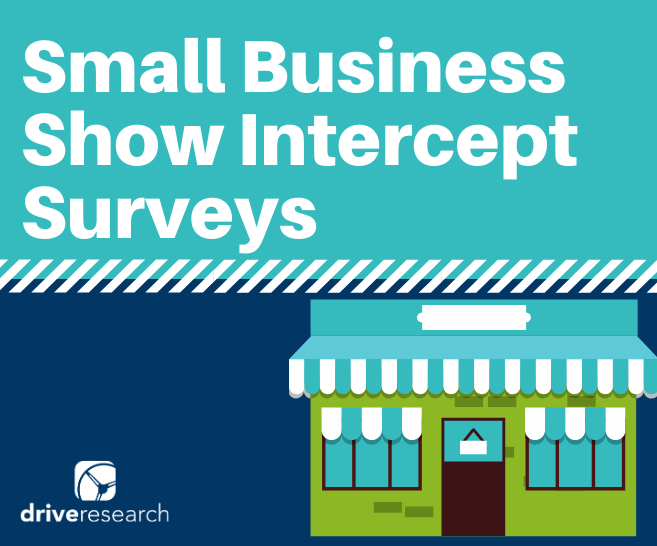 Drive Research is an intercept survey firm in Syracuse, NY.

The SOHO management team partnered with Drive Research, an intercept survey firm in Syracuse, to conduct on-site surveys at the event in May. SOHO wanted to better understand how often attendees have come to the event over the years, where attendees and exhibitors have seen or heard information about the event, likelihood to recommend, what attendees would like to see at the show next year, as well as main reason(s) for coming to SOHO this year.

Online surveys and tablets were used because the survey was quick and the WiFi reception at the show was strong. With a limited number of open-ends, the survey was easy for the respondent to take via the tablet device. On average, surveys lasted 2 minutes.

The survey was also shared via social media to garner additional attention. The link was shared on organically on LinkedIn, Facebook, and Twitter encouraging attendees to the show to share their experience and ratings. This garnered some additional feedback beyond what was obtained on-site.

Finally, the survey collected age to give Drive Research the ability to cross-tabulate results broken down by age group.

At the conclusion of the fieldwork the client was passed several deliverables. This included a data summary of question-by-question results from the survey. Another deliverable was the raw data file with individual responses from each participant. The final deliverable was a topline summary of themes, insights, and recommendations from the data. This additional interpretation and recommendations from our team is a true differentiator for us.

Drive Research is an intercept survey firm. We work with a variety of shows, events, and locations across the country to collect on-site and in the moment feedback. This ranges from the New York State Fair to airports in Kansas. Read more about related intercept case studies below.