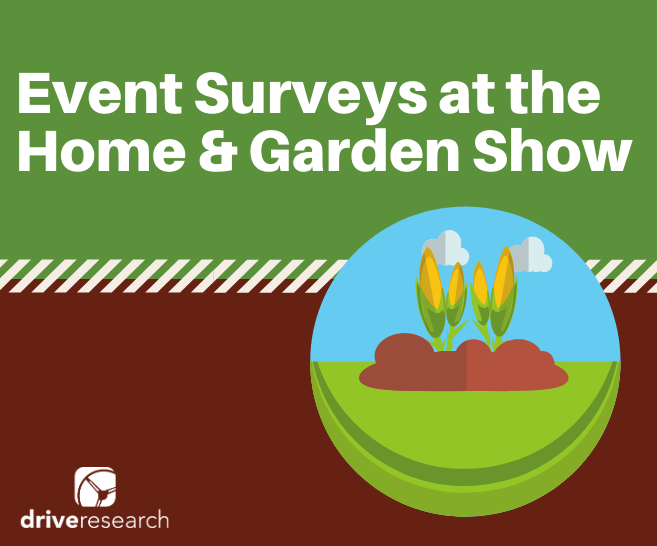 Objectives of the Market Research

In February 2017, Home Builders & Remodelers of Central New York (HBRCNY) partnered with Advance Media New York and Drive Research to conduct an exit interview survey with attendees to the 2017 Home & Garden Show event. This event was held at the New York State Fairgrounds.

The primary goal of the market research was to provide HBRCNY with the necessary data to better understand attendee satisfaction, awareness of marketing sources, improvement areas for the event, and other secondary criteria. The data and findings from the market research were compiled into a report which helped guide HBRCNY with marketing strategies, marketing ROI, event satisfaction, and opportunity areas to further strengthen the event for 2018. HBRCNY is now able to benchmark and compare data year-over-year going forward.

The Drive Research booth. Drive was the official survey company for the 2017 Home & Garden Show in Syracuse.

To address the objectives at-hand, Drive Research recommended a quantitative market research approach to this project. An exit interview survey was utilized to receive “in-the-moment” feedback as attendees left the event. The survey was designed, tested, administered, managed, analyzed, and reported on by Drive Research.

HBRCNY was identified as the sponsor of the market research. The survey lasted an average of 2 minutes and included 12 questions. Fieldwork began on March 16th and lasted until March 20th. A total of 108 respondents participated in this survey.

Drive Research staffed a booth inside of the Center of Progress Building all 4 days of the Home & Garden Show. Signs welcomed attendees to the booth to offer feedback on the event and several completed surveys were collected. Tickets to participate in the survey after the event were also handed to attendees who preferred not to complete the questionnaire in-person.

Although final results are confidential with the Home & Garden Show team, several objectives and key questions were answered. The intercept survey fieldwork and report addresses the following questions and provided the client with answers and data to guide decision-making.

Drive Research is an event survey company in Upstate NY. We work with several organizations across Central New York and Upstate New York on their event survey needs. Contact us at info@driveresearch.com or by calling 315-303-2040.