In June of this year, advocacy groups including the Anti-Defamation League, the NAACP, and the Color Of Change launched a “Stop Hate for Profit” campaign against social media conglomerate, Facebook.

“We have long seen how Facebook has allowed some of the worst elements of society into our homes and our lives,” said Jonathan Greenblatt, chief executive officer of the Anti-Defamation League, in a statement.

“Our organizations have tried individually and collectively to push Facebook to make their platforms safer, but they have repeatedly failed to take meaningful action. We hope this campaign finally shows Facebook how much their users and their advertisers want them to make serious changes for the better.”

As a result, major advertisers such as Ben and Jerry’s, Boeing, Chobani, and Dunkin’ have pulled their funding from the advertising platform.

Our question exactly. It is clear the stance businesses, both big and small, are taking by pausing their ad dollars to advocate for a positive change.

But what about the millions of Facebook users in the US? Are they also impacted by the spread of hate-speech and misinformation displayed on the platform?

Drive Research surveyed over 560 Facebook users across the United States to help answer this question.

Although over half of Facebook users were unaware of the advertisement boycott (53%), all respondents had their own opinions about the issues at hand.

This study outlines how Facebook users feel about the issues of misinformation and hate speech on the social media platform. Our PR survey company also explored how Facebook impacts its users’ mental health and offline relationships in the research.

46% of Facebook users are finding Facebook less enjoyable. Fake news and hate speech are among the top three reasons why.

We asked respondents, “How has your level of enjoyment when using Facebook changed within the last 3 months?” The results showed that nearly half of Facebook users (46%) are finding the social media platform less enjoyable.

What has caused their level of enjoyment to change? The top contributing factors included:

Should Facebook intervene in the spread of fake news and the presence of hate speech on its platform? 3 in 4 users say yes.

Our market research company also asked respondents, “Do you think Facebook should intervene in the following on its platform?” Here were the top three answers.

Across all generations of Facebook users, 31% agreed the platform negatively impacts their mental health, with Gen Z being affected the most (36%).

Drive Research also measured the overall sentiment of Facebook users. We asked, “What best describes how you feel after using Facebook?"

One in five said Facebook negatively affects their offline relationships with friends, family, and co-workers.

Facebook is not only impacting the mental health of its users, but their relationships with friends, family, and co-workers outside of the app.

Respondents claimed to have taken the following actions with the last three months:

What is the reason for these respondents hitting the unfriend button? The most common answers included:

97% of Facebook users see negative posts on their newsfeed.

While the spread of hate-speech and misinformation continues, it appears that younger generations are turning to other social media platforms.

The online survey collected a total of 562 responses at the 95% confidence level offering a 4.1% margin of error.

If the survey was conducted with another random pool of 562 Americans, results would yield within +4.1% or -4.1% of the stated totals.

The low margin of error can be used as a guideline to understand the high reliability of these PR survey results.

Drive Research is a PR survey company located in New York. Our services extend across the U.S. and the world. Our market research firm works with a variety of organizations, helping deliver insights, action items, and ROI on their survey efforts. 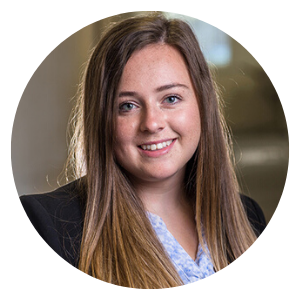 Elizabeth has a curious mind and is never afraid to ask “why?” She discovered her passion for research and exploring data while completing her bachelor’s degree at Marist College. As a researcher, she believes you’re never truly done learning.