How to Increase Olympics Viewership? Get Your Boss to Compete in Gymnastics

While still among the most viewed television events, the 2020 Olympic Games in Tokyo are experiencing record low ratings.

LA Times reports the first night of competition on Saturday averaged 15.9 million viewers, down 32% from the opening night of the 2016 Summer Games.

In the wise words of Harry Styles, “Just stop your crying. It's a sign of the times.”

Though, not all hope is lost for the changing TV landscape. Drive Research surveyed over 1,000 Americans to learn how the Olympics can increase TV ratings.

43% of people agreed they would be more likely to watch the Olympic Games if they allowed a randomly selected citizen to compete in each event.

Admit it. The idea of your boss competing in gymnastics next to Simone Biles or watching your neighbor doing synchronized swimming would pique your interest too.

Keep reading to learn more findings from the survey including what events most people want to see added to future Summer Olympic Games.

Viewership of the 2020 Summer Olympic Games

Factor Causing People to NOT Watch the Summer Olympics

The top reason Americans will not watch the Summer Olympics is the length of the competitions. 23% of people would rather watch short, video highlights of the Olympic Games.

Other common factors causing people to not watch the Summer Olympics include: 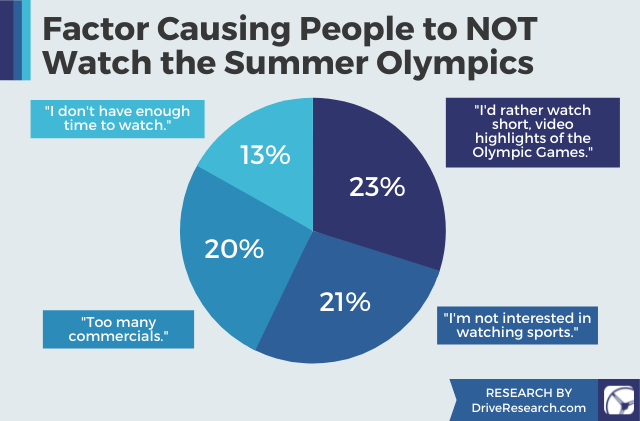 For those who plan to watch this year’s Olympic Games, the most anticipated events include gymnastics, swimming, and track and field.

The survey also asked respondents, “What new event would you like to see added to future Summer Olympic Games?”

Top answers of events people who like added to the summer games include: 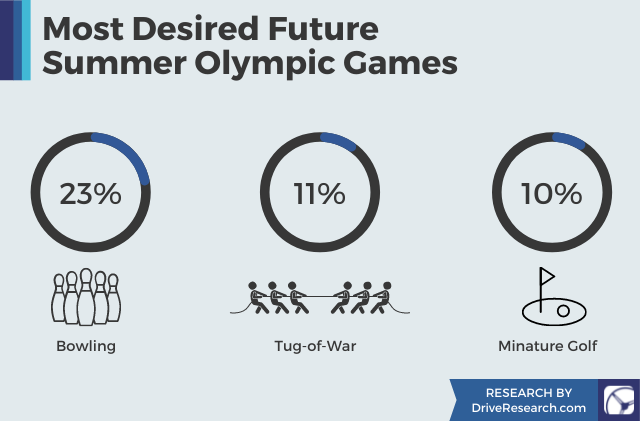 Details About the Study

Drive Research is a national PR survey company located in New York. Our market research firm works with a variety of organizations, helping deliver insights, action items, and ROI on their survey efforts.

Our research has been featured in top-tier media outlets including USA Today, CNBC, Forbes, Spectrum, Yahoo Finance, and Statista.

To learn more about our market research services, contact our team today. 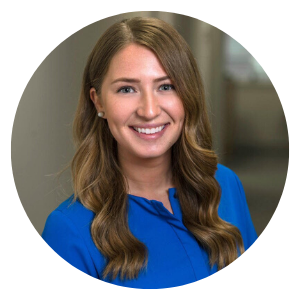 A SUNY Cortland graduate, Emily has taken her passion for social and content marketing to Drive Research as the Marketing Coordinator. She has earned certificates for both Google Analytics and Google AdWords.